Sitting Alone in the Dark

ARTISTIC VISION
Attempt to create an illusory space outside of reality

Sitting Alone in the Dark

Mr. Wong’s Exclusive NFT Launch of “Sitting Alone in the Dark” through NFTCollection, presents a feeling of establishing a relationship with the outside world.

The content of the picture is an open space where a giant lizard stands between sky and earth, a metaphor for the relationship between the body and society, sincerity and pretense, worship and contempt…

The body is intimately connected to the earth, and the gaze in the painting is directed around it, but also towards itself. In 2012, his work “The Great Enlightenment” won the second prize in the Guanyin Culture Original Artwork Competition and was exhibited at Baofeng, Xiqiao Mountain. In 2013, his works “The Great Enlightenment” and “Reflections on the Lower Part of Body” won the Excellence Award in the China College Art Exhibition.

In 2013, his works ” Terracotta Warriors – Soul Series I” were selected to participate in surge art Beijing and exhibited in the Orange Hall of Sanlitun Village South in Beijing.

In 2013, his work “The Great Enlightenment” was selected to be featured in “Speaking with Paintings – New Youth in Art”, published in Art Newspaper.

In 2013, his work “The Great Enlightenment” and “Terracotta Warriors – Soul Series I” were selected for the 7th Chinese Students’ Art Works Yearbook.

In 2013, his work ” Reflections on the Lower Part of Body ” was selected for the 2013 Caesar Art Rising Star – Annual Nomination Exhibition for Art College Students, and was exhibited at Today Art Museum.

In 2013, his work “Escape” was selected for the “Growth-2013 Shanghai Youth Art Exhibition” at the China Art Palace. In 2014, his work “Wilderness Youqu” participated in the first exhibition of “Ink and Paintings” – the first Chinese opera painting and calligraphy art exhibition and won the excellent reward. Exhibited at the Water Cube and the Summer Palace.

In 2014, the exhibition “A Personal Ritual of Detour” by Zhong Hao, Chen Weilong, Huang Jiamin, Liang Zhenwu, Lin Lin, Lai Yuying was held on the ground floor of the Art Building of Guangdong University of Foreign Trade.

In 2014, his work “The Breeder” was selected for the China ASEAN Youth Artwork Creation Competition and exhibited at the Autonomous Region Museum. In 2015, Huang Jiamin’s solo exhibition “Happy Journey” was held at the Second Studio of the Oil Painting Department of Guangzhou Academy of Fine Arts. (Deep Feelings)

In 2015, his work “Breathing” and “Deep Feelings” were exhibited in the “Source of Confused Water – Contemporary Art Group Exhibition” at the Second Studio of the Oil Painting Department of Guangzhou Academy of Fine Arts in 289 Art Space.

In 2015, the work “Journey” was exhibited in “Encounter Experiment – Choice of Graduation Star” at O’Plaza Box Space in Shenzhen. 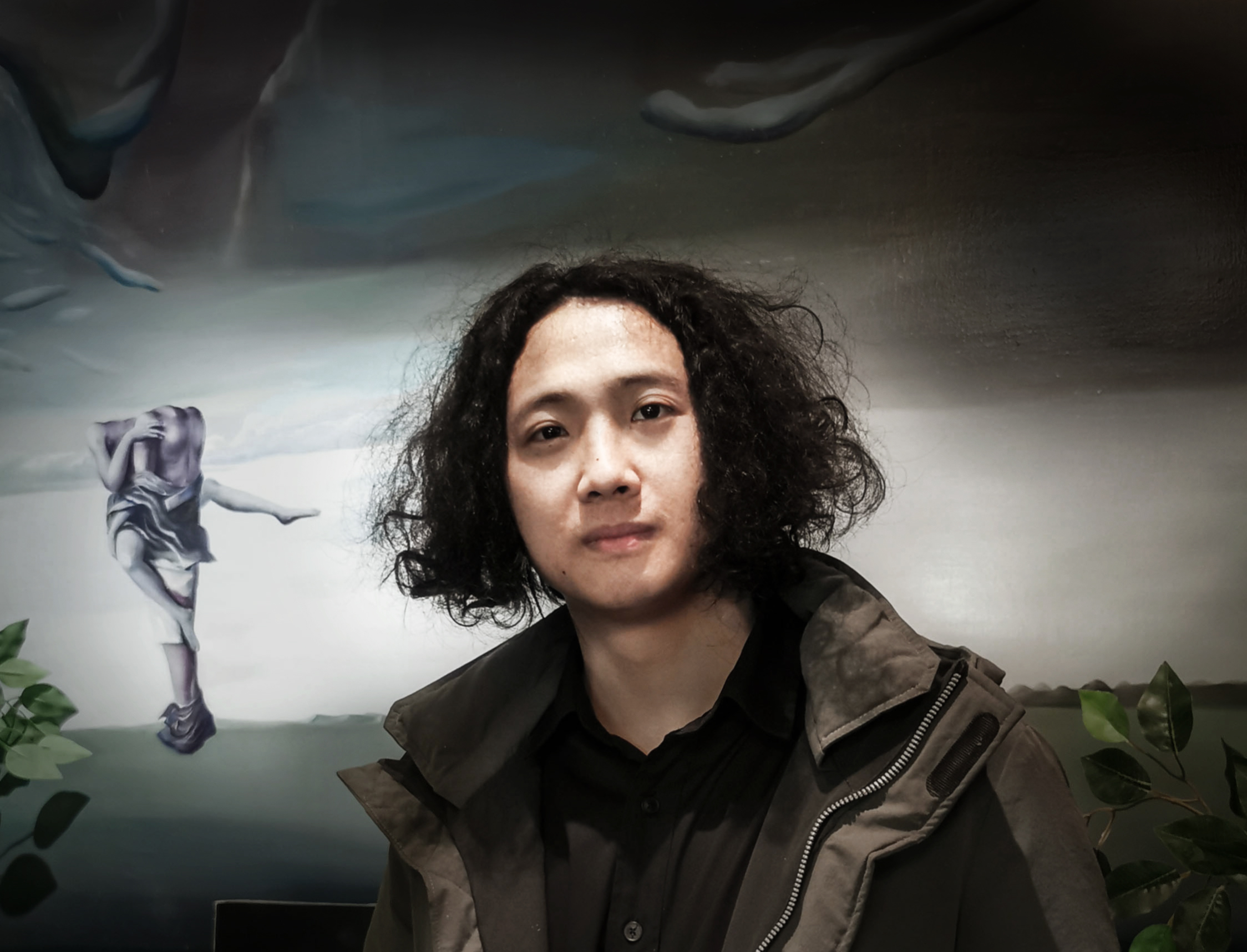 OWN A UNIQUE PHYSICAL PRINT

As a utility to all NFT owners, for the cost of production and delivery, we will process for you a CUSTOM print of A CUSTOM ARTWORK, print it on Somerset 410gsm Satin paper using professional acrylic inks, and emboss it with your unique NFT # and NFTCollection’s official art certification. This print will be a unique work of art, like your NFT, and only available to the NFT owner.

Redeemable once per NFT.

Owning a Sitting Alone in the Dark NFT will grant you access to NFTCollection’s community on Discord; an innovative community platform. A place for fans and friends to come together and collaborate on current and future creative projects from Renown Emerging artists around the world.

The community on Discord will offer an intimate environment for Jiamin to express his creativity through; and provide you access to unique works, experiences and future projects in art, music and film.

Initially open for all (in a limited capacity), after all the NFTs have been distributed, only holders will be granted access by connecting their wallet.