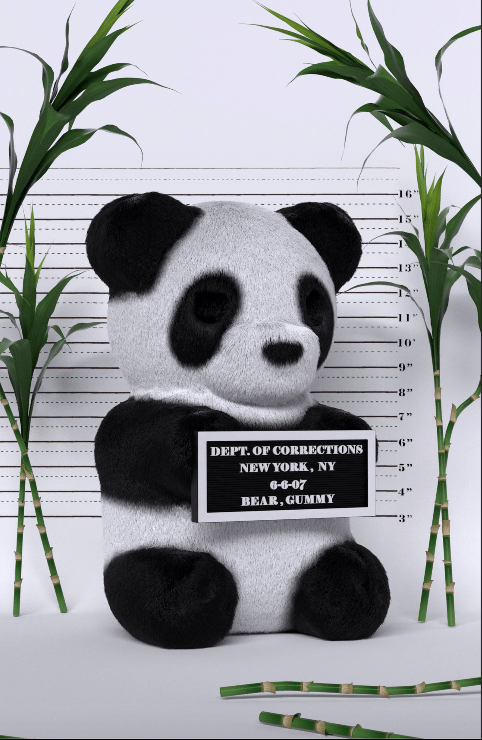 WhIsbe is a street artist of unverified identity from NY. He became famous thanks to mysterious vandal gummy mugshots that began appearing on the streets of Brooklyn in 2013. There is no person who is passionate about art who has never seen these recognizable gummies. WhIsbe has collaborated with brands, such as Coach, and events like Burning Man and Coachella. Basically, the artist thrives in any medium: from street art to fine art, to museums, and public displays. It’s the 3d artist’s drop in the NFT space. On the 16th of March, he is going to present his “Extinction” series of artworks. WhIsbe wants to pay our attention to a global problem: extinction of animals, and wants to make us take steps to prevent many of these extinctions. The artist is going to donate a portion of the proceeds from this drop to the Sheldrick Wildlife Trust, an organization that embraces all measures to complement the conservation, preservation, and protection of wildlife. We just can’t stand apart when such big things are being made! Let’s support the artist on the 16th of March, and, thus, save the planet!video width=1600 height=2844 mp4=https://nftcalendar. io/wp-content/uploads/2021/03/Chester_nft_drop_by_Whisbe. mp4/video