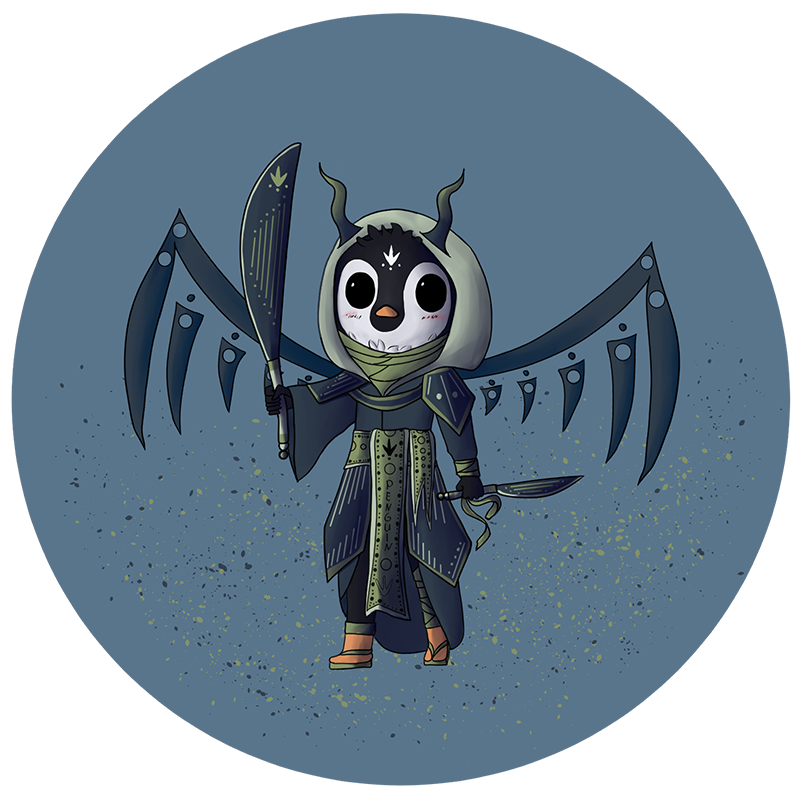 The Crypto Guards is a collection of 1000 unique handdrawn NFTs which will life on the Cardano blockchain. Every Guard has unique traits, names, and titles. After 17 years of Radimirs reign he died with the age of 100. But before he died, he choose 100 guards to secure and defend the Crypta. Because he knew that when he dies, the power of them would leave his body. He didnt want anyone to have the power of the Crypta until the new ruler was found, because he was afraid, that the land Minawa would break apart because of that. Nobody except the 100 guards he chose, were allowed to get close to them and only one of those guards could become the next king. But even 30 years after Radimirs death, no one was worthy to become the next king. Radirmir once said, the Crypta will choose the ruler. He heard them calling him loud and clear. But not from the people in Minawa but from the whole world. Even from Uptal.